Catch and Release,
An Angler’s Guide to Enlightenment 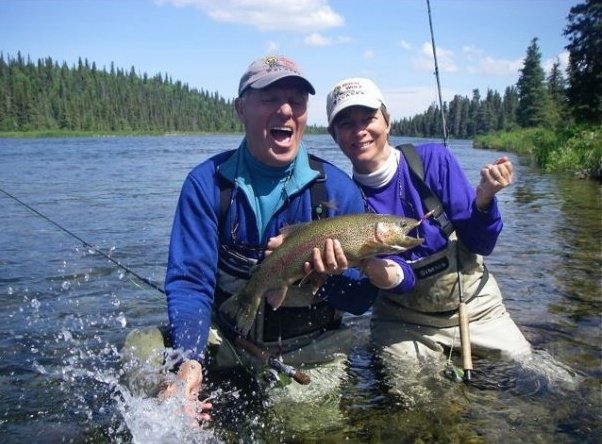 It has been many years since we have caught fish for food. Back then we had never heard of the practice of “catch and release.” In those days, we would go to a lake, fish for the day and pull in our catch without particular thought to what we would do with the fish after. We would eat as much as we could, give away the rest but from time to time the catch was more than we could consume. Never having seen it done, it simply never occurred to us that one could hook a fish and then simply free it to swim back to its fishy home in the murky depths, rushing river or the deep blue sea.

Then we were introduced to the sport of fly fishing and ultimately to the idea of catch and release. Nowadays when we go fishing, you will find us in the midst of nature, casting a fly in order to see a fish up close and personal before we release it back to its watery world.

It wasn’t too long ago that we realized that catch and release can be a lifestyle as well. Most people go about their lives gathering realizations and holding on to them as if they need the extra food in order to survive. But that is a bit like putting a fish in your pocket to eat for later. It stinks!

As you go about the waking up process, as you go about your day with awareness, and ultimately as awareness becomes a lifestyle, you will see many things. You will see what knocks you off balance. You will see what brings you back to center again. You will discover hidden talents, and you will see mechanical behaviors that no longer serve you. Yet, if you try to hold onto what you have seen and tuck it away to be taken out and remembered and played with and teased out over time, this magical freeing moment of “aha” will become a slick and slimy mess.

So next time you see something about yourself, something that reveals itself spontaneously or even after years of searching, let it go. Simply slip it free of the hooks in your mind and go back to fishing again. There are plenty of fish in the sea. You don’t need a stash to prove to yourself that you are getting somewhere. You don’t need to store them so that you will survive for another day. Simply cast out again and keep fishing.