A Moment in Time

by Wendy in Queens, NY

an excerpt from Being Here…Too, Short Stories of Modern Day Enlightenment by Ariel and Shya Kane My brother Brian was born a year and a half after I was. My mom told me that when she brought him home from the hospital, I thought he was a gift for me. When we were growing up, Brian seemed to know how to do everything without any help or training. I’d ask him, “How do you know that?” I was amazed and jealous that things seemed to come so easily for him, or so I thought.

Years later when I graduated from college, I found a job in New York City. My brother offered to drive my stuff and me from our home in Rochester, New York to my new apartment in Jersey City, New Jersey. We packed his Suburban to the gills and off we went. We made our way there using a good old-fashioned map since this was before cell phones and Google Maps. We spent the weekend setting up the apartment and took a quick trip into Manhattan to explore the area. The days flew by and the time came for him to head back. We hugged goodbye and off he drove into the horizon. As I watched my brother’s truck get smaller and smaller, tears fell down my cheeks.

Time moved on, life happened, and Brian and I grew apart. I held on to my belief that we would be super close again someday, because that’s how I thought it should be. That’s how I thought life worked. But Brian started using drugs. As his addiction grew stronger, the gulf between us grew wider. He got help, but it was a struggle and he repeatedly slipped back into his old habits. I had a lot of judgments against him, but they had started long before he was using drugs.

Eventually, I discovered a totally new perspective about my brother and my life when a co-worker invited me to one of Ariel and Shya Kane’s evening events in New York City. Soon after, I attended a weekend seminar with them and started to look at relationships through a different lens. It wasn’t a conscious decision, but my perspective just shifted. As a kid I’d made decisions to not be like my family. I started seeing how I held my family and myself as not good enough. I had ideas about what a “good family” looked like, down to how a good family should celebrate Christmas. In the past, I had sat at home feeling sorry for myself if the celebration was not up to my standards.

Then, one December, I had a spontaneous experience of how my life had transformed. I had flown to Rochester to celebrate Christmas with my family and quickly discovered that no one had made plans for a holiday gathering. Rather than going to that familiar place of feeling sorry for myself, I realized that I could plan something. This was a novel idea and I got excited at the notion of hosting Christmas.

With my sister Holley’s permission, I invited everyone to her house on a snowy night in December. I made all of my favorite dishes – cheesy macaroni and cheese, creamy cauliflower mashed potatoes and a big green salad. Holley finished it off with a fresh baked apple pie. My mom brought the frosted buttermilk Christmas cookies that she made every year. Everyone was happy to contribute. Hmm, maybe my family wasn’t such a lost cause after all.

Earlier in the day my sister and I had bought gifts for everyone, including a chess set that I thought my brother would love. Brian was a pretty good chess player and he loved the game. The doorbell sounded and I greeted my mom and brother at the door. It was as if time stood still. I looked into my brother’s eyes and I saw that I had a choice. I could drop my judgments and meet my brother Brian, as if for the first time, or I could hold on to past grievances. In a split second I chose to drop the past. I saw the light flicker in my brother’s eyes as I reached out to hug him and I felt the wall between us crumble. Even the sound of his name was sweet and I was excited he was there.

The evening flew by. After dinner we exchanged gifts. I felt sated and happy. I realized the picture in my mind of how Christmas should be celebrated was a child’s idea and I preferred the way it had unfolded in reality. 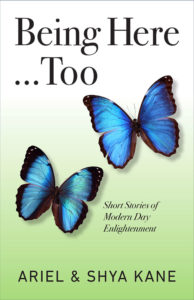 I was scheduled to fly back to New York City on Sunday night and to my surprise, Brian joined my mom and me on the ride to the airport. When we arrived and I found out the flight was delayed, I asked them both to come inside the airport and wait with me. I’d never done that before. I usually couldn’t wait to get out of Rochester but this time was different. We sat in Dunkin’ Donuts, sipping coffee and eating muffins, and laughing at stupid jokes. It was a lot of fun and the silliness was sweet and intimate. When my flight was ready to depart, we said our goodbyes and I made my way to the gate with a big grin on my face.

A few days into the New Year, I got a call in the middle of the night. My brother Brian had overdosed on heroin and his heart had stopped. He died later that night and I was in shock. I couldn’t believe that just a few days earlier we’d had some of the deepest and kindest interactions in years. It was as if I had found my kid brother again only to lose him.

I miss my brother but I’ll be forever grateful for the time I got to spend with him that Christmas. I’m thankful that I dropped the past and discovered who Brian really was while he was still alive.

This is an excerpt from Being Here…Too, now available on Amazon and everywhere books are sold.

Since 1987, internationally acclaimed authors, seminar leaders, radio show hosts and business consultants Ariel and Shya Kane have acted as guides, leading people through the swamp of the mind into the clarity and brilliance of the moment. Find out more about the Kanes, their seminars in NYC, in the UK, Germany and Costa Rica, the Say YES to Your Life! Meetups their work has inspired, their award-winning books, their Being Here radio show and join their email newsletter.