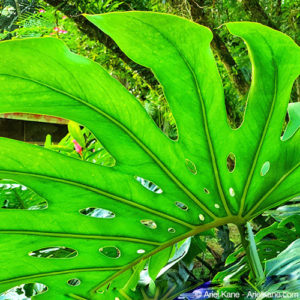 When I first conceived of this article, I thought it was going to be primarily about what I had noticed about how my body behaves while walking. Now I see the observations I want to share go much deeper. So let’s begin with the simple version of this article and go from there.

In early 2018 while in Costa Rica, where Shya and I were facilitating our immersion courses in leadership, communication and well-being, I experienced something I now call the “Upright Zone.” Here’s what happened:

One morning, as we took a walk before breakfast, I was a bit stiff – my stride shorter than usual, one of my hamstrings achy. Shya wasn’t feeling particularly spry either, but as usual, we set off on our morning jaunt as though it were our idea (which it was) and made a point to walk with alacrity – an excellent way to bypass those “I don’t wanna” thoughts. Shya and I were patient with ourselves about our pace but at the same time we engaged in the moment, moving as if we were fully alive, not as if we were hardly awake. As we did so, our legs began to swing freer, our stride became longer and naturally, without effort, we began to walk at a lively pace.

On this particular morning, we headed down past the resort office into the gravel parking area, past the geese in the pond and over the suspension bridge. Continuing down the drive about a half-mile to the entrance of the property, we lightly tapped the bars of the gate and reversed course. As we walked, I enjoyed the sky lightening, with wisps of peach clouds turning golden as the sun rose off the horizon. We delighted in the flowers, the play of light on large green leaves and the flash of brilliant red set in midnight black on a scarlet-rumped tanager. 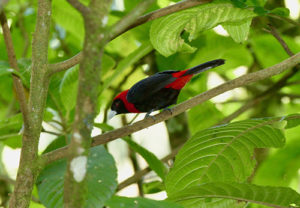 After we reached the end of the drive and had started back toward the resort, I noticed a phenomenon I had felt before but this time it was quite perceptible. As I walked, my belly spontaneously pulled in of its own accord and I found myself taller, in a surprisingly upright posture. I don’t tend to walk with my stomach distended so it was notable to me that my core muscles fully engaged themselves, much like I have purposefully drawn them in while doing Pilates or other exercise discipline. From this state I found myself feeling well and empowered, not only in my body but also in spirit. After describing the sensation to Shya that morning, I started to think of this state as my own personal “Upright Zone.”

I like that tall feeling. I enjoy moving through time and space as if I am not going anywhere yet I am fully engaged, alive and present. I take pleasure in striding forward while moving with ease. And it’s delightful to get a core muscle workout without trying.

On our Costa Rica morning walks Shya and I step out of our door and trick our bodies into action whether they felt like it or not. Tired, awake, it doesn’t matter, we play the fake-it-till-you-make-it school of full engagement until our bodies took over and it required no further effort on our part to keep in motion.

So, originally that was my point and the end of the story. Yet, I was surprised to find the Upright Zone late one night while on a subsequent trip to Oregon to visit my aging parents. 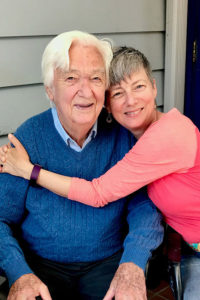 It was now late 2018 and just before Shya and I flew to Oregon, my then 92 year-old father had an emergency operation to remove a large kidney stone. Luckily my two sisters were able to be there to support him and my 93 year-old mom. My dad has such severe dementia, he didn’t grasp he was in the hospital, much less that he’d had an operation.

When we arrived in Oregon, Dad had just come home and everyone was exhausted. But then there were complications. He got nighttime diarrhea, which required helping him make multiple changes of clothes at night. On the second night of his illness, it was my turn to sleep nearby and be on call for the evening challenges. First at 11pm, and then again at 2:30, I was awakened to help him in the bathroom. Each time I needed to clean him up, change his clothes, then mop and sterilize the area. Then at 4:15am when he was sick once again, an amazing thing happened – I suddenly entered the Upright Zone.

As I was walking down the hall in those wee hours of the morning, in an instant, I found myself fully engaged – body, mind and spirit. The Upright Zone took over and between one step and the next I was tall and powerful, meeting this situation as if it were my idea, my preference – striding as if I was looking forward to what lay ahead. 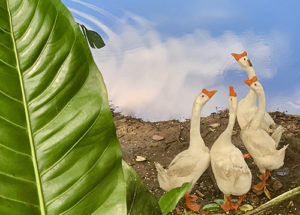 As I rounded the corner into the bathroom, I recalled a saying I’ve heard from people in times of hardship or stress, “Just suck it up!” But that adage has always implied pain and suffering and working to overcome being a victim. I realized that I was experiencing a transformational version of sucking it up – no pain, no being a victim, just strength. The Upright Zone occurred naturally rather than following a self-imposed dictate to get over the moment and get on with it – whatever that odious “it” may be.

I’m grateful that I am a player of the game of full engagement, even in the times when life seems simple and undemanding. It has made things so much easier during life’s challenges and when circumstances become potentially stressful.