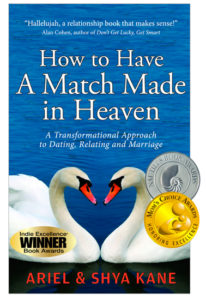 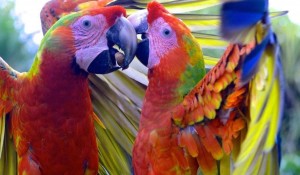 Book Events in Costa Rica with Ariel and Shya Kane How to Have A Match Made in Heaven:Â Now AvailableÂ in Spanish!Â

Our most recent book,Â How to Have A Match Made in Heaven: A Transformational Approach to Dating, Relating and Marriage, is now available in SpanishÂ CÃ³mo crear la RelaciÃ³n Ideal: Un nuevo y transformador enfoque sobre las relaciones y el matrimonio We will be in Costa Rica doing a series of presentations and book signings!Â Â And in November, we will be in Coral Gables, Florida, where we have been invited to speak at Books & Books.

Books & Books, an independent, locally owned bookstoreÂ with three locations in South Florida and stores in Grand Cayman, Westhampton Beach, and the Miami International Airport, has invited us to speak aboutÂ CÃ³mo crear la RelaciÃ³n IdealÂ /Â How to Have A Match Made in HeavenÂ at theirÂ Coral Gables, Florida location in November.

Ariel and Shya Kane are award-winning authors and internationally acclaimed consultants and seminar leaders whose transformational approach allows people to discover satisfaction and increased productivity in all areas of their lives, without working on their “problems.” They are expert guides who, with great skill and humor, bring people through the swamp of the mind into the clarity and brilliance of the moment.

Acting as Catalysts for Personal Transformation, the Kanes provide ongoing consulting and interactive seminars for a range of clients from individuals and couples to entrepreneurs and Fortune 500 companies. In their seminar programs, they have created an environment in which thousands have experienced dramatic improvements in the quality of their lives.

Since 1987, the Kanes have designed and presented transformational seminars both nationally and throughout Europe, in Central and South America, Australia and Indonesia. In the United States, they have taught for many organizations such as The United Nations Society for Enlightenment and Transformation, The United Nations Women’s Guild, The New York Theosophical Society, Organizational Development Network, Omega Institute, Swedish Institute – Graduate Studies Program, The Learning Light Foundation, The Learning Annex, The Seminar Center and various conferences and health expos. The Kanes have produced nine successful audio titles and currently lead seminars throughout the U.S., Europe, and in Costa Rica.