Got Clues? Insight Into The Life Of A Real Private Eye by Francie Koehler 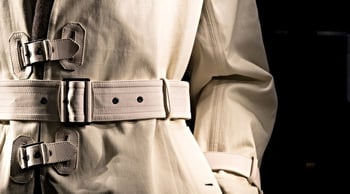 Francie Koehler, 73, devoured Nancy Drew books when she was young. While fascinated by the adventures of the feisty, independent teenage detective, Francie never imagined herself as a super sleuth tracking down clues and solving mysteries.

Fast forward to 2016 and thatâs exactly what Francie has been doing for nearly three decades.

Working as a licensed private investigator, Francie has earned numerous awards for excellence in her field. She has served on investigator committees and association boards, and offered countless hours volunteering her skills to industry-worthy causes.

This spring, the mother of five, grandmother of 16, and great grandmother of two, adds another accomplishment to her distinguished resume: an online criminal justice degreeÂ from Saint Leo University. Francie Koehler, C.P.I., host of the show P.I. Declassified! on the VoiceAmerica Variety Channel. Yeah, she’s a female Private Investigator.  Gotta problem?  She is also the VoiceAmerica featured host for the month of September.  Read why the Californian native has the obvious Nancy Drew obsession, had to serve undeserved jail time, and who she would have on her show if she could interview anyone.

Who has been your biggest influence or mentor?

There were three. My 8th grade teacher, Bernard Corrigan, my dad and my husband, Randy.

My 8th grade teacher Mr. Corrigan, because he taught me about civil rights and equality.

My dad, because he taught me values, ethics and respect for others.

My husband, Randy, because he taught me how to be a good investigator.

How did you move into the career of a P.I?

I didnât move in. I jumped in with both feet. I was in retail management in 1984, responsible for four states after the merger of my company. It was highly stressful. I was dating Randy, who had been the loss prevention consultant, polygraph examiner and private investigator for the company, He wanted me to work for him and after several months of talking about it I turned in my resignation and started working on my first case, a missing person, that night. I had the best training possible because I was getting training almost 24-7. Nine years later I started my own agency. Fourteen years later I asked Randy to marry me. He is still mentoring meâ¦he thinks!

What challenges, if any do you face as a female P.I.?  What advantages?

I did not realize there were any challenges until I got involved in private investigation activities outside California. Outside California I discovered more gender discrimination than I experienced in California. I will say, however, that one challenge is personal safety, but that is not much of an issue if you plan and are aware of your surroundings. Being self-confident to a fault helps too.

The major advantage of being a female private investigator is that almost anyone and everyone will talk to you. Since I mostly work for attorneyâs conducting interviews, that is definitely a plus. People donât typically put up barriers when being interviewed by a woman and sharing their most intimate secrets or fears.

What did you want to be as a child?

I was very interested in anthropology and the social sciences. If I had known growing up that private investigators were real people, I might have wanted to actually become a PI. I read all of the Nancy Drew books. I have a strong bent toward understanding what makes people tick and what they do with their lives and why.

What books are you reading?

Seriously, though, I read a broad range of books from fiction to biographies to autobiographies. Ken Follet is a favorite author as is Dan Brown. I enjoy reading fiction that is grounded in history.

What is your favorite P.I. show ever created?  Is their work portrayed realistically?

None of the tried and true PI icons portrayed the work realistically, at least not in the years that I have been involved (since1985). Maybe they could have represented the PI model from years past, perhaps through the 1960âs. Paul Drake on the Perry Mason show was the closest.

I love Kalinda Sharma on The Good Wife. Her character is the most accurate portrayal of any investigator I have ever seen portrayed. She is smart, stylish, thorough, and conscientious and she has done an excellent job developing her character.

If you could interview one person dead or alive who would it be?

What is the most compromising situation you have ever been in?

Unbeknownst to me, I was set-up by two people and took drugs worth $10,000 in street value into a jail in a false bottom box. This followed a court order for me and the criminal defense attorney to return all the files that belonged to our criminal defense client. I spent two days in jail. Fortunately the two people who set me up confessed and I was not charged. That was 11 years ago and I still have to address it on occasion.

What is a day in the life like for you when you go to work?

The days vary greatly. I may be in the field, knocking on doors, talking to witnesses on either a crime or a civil matter. I may be meeting with an attorney to get an assignment or provide an update. I may be in either a jail or a prison interviewing an inmate. I may be in court for a hearing to either transport a witness or to testify either on the work I have done on a case or to impeach a witness because they have testified differently than the information given to me. Then there are the more mundane tasks, computer research, writing or summarizing reports. Then there is billing, which I hate.

If you could have one person, real or fiction on your show who would it be?

Listen to Francie’s show, “P.I. Declassified”, every Thursdays at 9 am Pacific

Francieâs career as a licensed private investigator includes cases that have sparked media projects. Unsolved Mysteries portrayed one of her missing person cases. British author Val McDermid featured a capital case in A Suitable Job For A Woman. True crime writer Ann Rule chronicled a case involving a missing nightclub owner, In The Name Of Love. Francie drew on her investigative and retail experience to create the 3-part video, Loss Prevention – The Big Picture. International results included an invitation to Moscow, where she spoke to Russian nationals interested in privatization. Francie is the former president of the National Council Of Investigation & Security Services and of the California Association of Licensed Investigators (CALI). Awarded by both organizations for her work, she serves on their legislation committees and regularly testifies before the California State Legislature regarding bills concerning PIâs. She chairs CALIâs legislation committee and formerly chaired the same committee for the National Association of Legal Investigators. Francie has been recognized by her state regulatory agency for outstanding service to her profession. She holds memberships in the Council for International Investigators, World Association of Detectives and California Attorneys for Criminal Justice. In addition, Francie works with the Innocence Project and is a Certified Conflict Mediator.